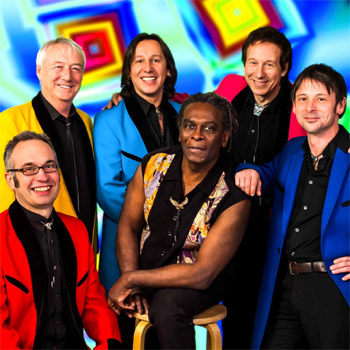 Showaddywaddy are already established as Europe's most successful ever exponents in the art of Rock & Roll.

The band has enjoyed outstanding acclaim through numerous best selling singles and albums, TV appearances and sell-out headlining engagements throughout the world.

Formed in 1973 as an amalgamation of two groups their stunning performance on ITV's much vaunted "New Faces" programme resulted in enormous interest from all the major record companies clamoring to sign such a unique and exciting band. They eventually signed to Bell/Arista, thus laying the foundations to a massively successful association, which ensured world-wide stardom for the band.

In no time Showaddywaddy emerged as one of Europe's most sought after bands, clocking up an amazing 23 top 40 hit singles and 12 huge selling albums (including 3 platinum). Classic's such as 'Hey Rock & Roll', '3 Steps to Heaven', 'Heartbeat' - the million seller, 'Under the Moon of Love', 'When', 'I Wonder Why', 'Pretty Little Angle Eyes', 'You Got What It Takes', 'Dancin Party'...... the list just goes on and on.