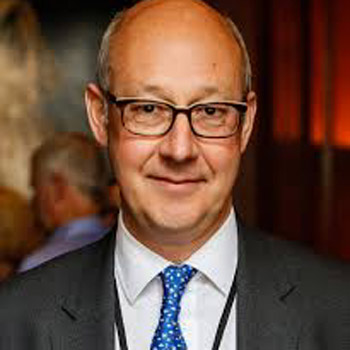 News - Simon Birkett has been presented with a London 2012 Sustainability Ambassadors Award for his outstanding contribution to achieving a truly sustainable Olympic and Paralympic Games in particular for his focused commitment to tackling air quality, climate change and sustainability issues.

Since its beginnings in 2006, Clean Air in London's aim has been to achieve urgently and sustainably compliance with World Health Organisation guidelines for air quality throughout London.  Even more ambitiously, Simon wants London and Britain to lead the world in tackling air pollution as it did after the Great Smog of 1952.

After graduating in Civil Engineering from the University of Melbourne, Simon obtained a Masters degree from the London Business School before moving into a long banking career with HSBC.

During the last few years of his banking career Simon was responsible for establishing and managing multi-national charitable projects in financial and environmental education.  For more than ten years, he has also been involved actively in local campaigning.

It was a chance article in a London newspaper in 2006 that alerted Simon to the poor quality of air breathed by Londoners.  He had been serving on the Knightsbridge residents' association, in west London, and was engaged in a lengthy battle with Westminster City Council against rat-running in local streets. He soon discovered there were powerful laws in Europe to protect people from heavy air pollution, which were being breached by a wide margin in London.

Amongst his greatest achievements, Simon single-handedly discovered that no UK Government had ever published an estimate for the number early deaths attributable to long-term exposure to air pollution.  His own estimates, which have subsequently been confirmed by the Mayor of London, the Government and two inquiries by Parliament's Environmental Audit Committee, identified it as the biggest cause of early death after smoking.

Simon believes passionately that if air quality laws are complied with in full, many cities (including London) will learn how to tackle wider air pollution, public health and sustainability issues through a mixture of behavioural change, technology and political will.

Simon was chosen by the Guardian's Environment Editor as one of six international individuals of the year in 2010.  He was also recognised as a Campaign Hero by the Ecologist.  The Campaign for Clean Air in London won the City of London Corporation's inaugural Sustainable City Award presented for Outstanding Contributions to Enhancing Air Quality 2010/11.

In addition to his other roles, Simon has been a Science and Policy Adviser to ClientEarth since 2009.
Speaking

Simon is regularly asked to speak at UK and international conferences and events.
His speaking topics include:-
Corporate Responsibility/Sustainability

-  Air pollution: baking the cake (in a tin) before cutting it
-  Creating an environmental campaign to make a difference
-  Working with the media

-  We're back where we thought we were during the Great Smog of 1952
-  Leading the world in tackling air pollution: sources, solutions and opportunities
-  The recent history and future of European air quality legislation
-  Indoor air quality