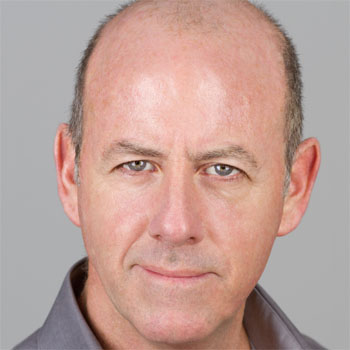 Simon Hughes is known as The Analyst for his unique work on TV, radio and in newspapers explaining the game of cricket. He earned the name during Channel Four’s groundbreaking coverage of cricket 1999-2005 and won various awards for this role including Baftas and Royal Television Society Accolades. He can currently be heard on Channel 5’s highlights and BBC Test Match Special and also on The Times’ digital output. His columns can be read in The Times and The Cricketer Magazine.

Simon was also a fair cricketer in his own right, taking over 750 wickets for Middlesex in all competitions – and winning four county championship titles and five one day trophies with the county – before playing in Durham’s first two seasons as a first class county.

Alongside his broadcast and newspaper work he has written nine books on cricket, including the award-winning A Lot of Hard Yakka (1997.) His latest is Who Wants to be a Batsman?

Simon is an experienced speaker who can both host events and address both club and corporate audiences, and as well as writing on sport he also contributes regular travel articles for various publications.