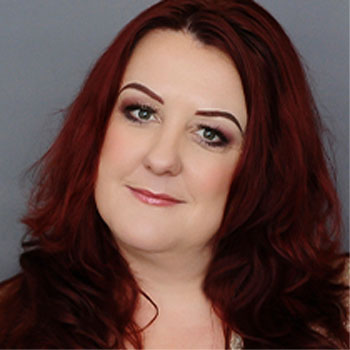 Siobhan recently wowed audiences as the only female finalist in Britain’s Got Talent 2019. Her hilarious self-penned songs really struck a chord with the nation who could relate to a selection of her observational songs that covered subjects from becoming a first-time Mum at 40, tantrum throwing toddlers and the frustrations of mother daughter relationships!

Siobhan started her career at the age of 16 taking to the road playing gigs up and down the UK which was an invaluable experience in dealing with audiences. Back then, she was a vocalist, treating the crowds to every style from pop to Opera. The Stage newspaper declared her as having “one of the great British voices of this, or any other time” but she soon found her personality shone through and Ken Dodd deemed her “a sunny new star with the voice of an angel and a natural comedic ability”

In 2003 she was a finalist on Channel 4s classical singing competition "Operatunity" and stunned the audience with a version of Nessun Dorma. After this exposure she was in great demand performing at major sporting events, belting out this classic Puccini crowd pleaser on the pitch in front of thousands of spectators!

Offers from major cruise lines came flooding in and Siobhan has now performed all over the world to every nationality imaginable, proving that her appeal is universal.

She has appeared on "This Morning", "Loose Women", "Lorraine" and "Good Morning Britain", each time custom-writing funny songs in a matter of minutes, all about the shows presenters. This is indicative of her spontaneous quick wit and her natural ease in live television situations.

Siobhan brings her own inimitable charm to any event and leaves her audiences feeling like they’ve made a new life-long friend.