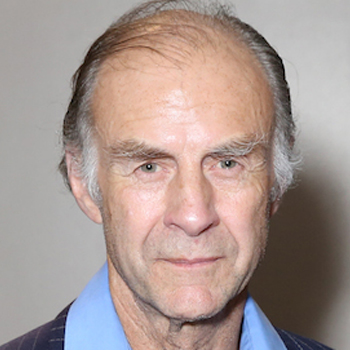 In 1984 the Guinness Book of Records described Sir Ranulph as the "World's Greatest Living Explorer". He was awarded the Sultan of Oman's Bravery Medal in 1970, the Polar Medal with bar from the Queen, the Explorers Club of New York Medal in 1983, the Royal Scottish Geographical Society's Founder's Medal in 1984, and both he and his first wife received the Polar Medal in 1987. He has received an Honorary Doctorate of Science.

In 1993 he was awarded an OBE for "human endeavour and charitable services". He has led 22 major expeditions to remote parts of the world including to both Poles. He is the author of over 15 books including The Feather Men, a UK No1 Best Seller, Fit For Life plus an autobiography.

During the last 40 years his astonishing feats of physical and mental endurance have claimed 10 expeditionary world records.

In 2003, only months after recovering from a triple heart bypass, Sir Ranulph completed the 7X7X7 challenge: Completing 7 marathons on 7 continents in 7 days and in 2007 faced up to his own life long fear of heights by successfully scaling the North Face of the Eiger.

In 2009, at the third attempt, Sir Ranulph became the oldest Britain to climb Everest and was named by JustGiving as the UK's top celebrity fundraiser in 2009 and 2010, having raised more than £2.5 million for Marie Curie Cancer Care over the two years.

Ranulph holds the current world record as being the only person ever to have climbed Mount Everest and crossed both Antarctica and the Arctic Ocean via the Poles.
He has appeared in numerous TV programmes, publications and books and even advised the Top Gear team on surviving the Arctic, having been a successful "Star in a Reasonably Priced Car".
"The audience adored him, and he very kindly stayed late to personalise the books he earlier signed, so he only got a few hours sleep before heading to Alaska. A few of our guests flew in from the US only to hear him speak in person."
Highland Europe Executive Conference, Ireland
"Ranulph was fantastic and the audience were engrossed with his speech the entire time, he was inspiring, witty and really engaging and we had great feedback from our guests on the evening. He really has set the standards for next year’s event”
East Midlands Chamber Annual Dinner

I cannot recommend Ran Fiennes highly enough to anyone looking for a speaker. Not only is his subject matter interesting and entertaining, but his delivery is fabulous. And he is, of course, a delight to work with. Ran spoke for 50 minutes, plus Q&A, and was a great hit with the audience. And he spent time afterwards signing lots and lots of books – before his long drive home”
Hiscox Insurance
"Sir Ranulph was absolutely great on Tuesday night in Amsterdam. He did the whole speech with no notes, had the audience laughing within the first couple of minutes of getting up on stage- and considering they are a very international audience that shows how good he is! He also spent time talking to some of our customers afterwards- including speaking to them in Arabic and in French. In short he was just great everyone commented how good he was to me then next day."
Managing Director, Capacity Media
"Everybody loved him and his motivational presentation went down really well with the teams."
Blueprint event
Sir Ran was a great table guest and a wonderful speaker. We have received quite a bit of feedback from our guests and they all loved him!
Racal Acoustics
Read More