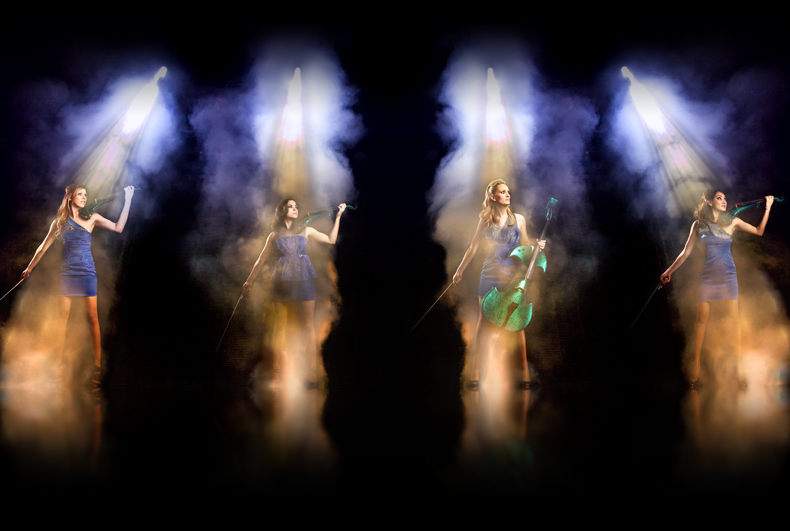 Siren have clips available for license as part of the Virtual Cabaret in a Box - more info here.
The Siren String Quartet is a unique, Energetic and Dynamic Female Electric String Quartet featuring four of London's Top String Musicians.
Graduates of the Royal Academy and Royal College of Music in London, the girls are in demand throughout the world. The girls were the featured quartet on Gnarls Barkley's European tours, performing for 9 weeks in a row on Top of The Pops.
They also starred in Mark Ronson's music video for Valerie and have been the support act for Girls Aloud, Jamelia, Beverley Knight and  Rod Stewart. They have also recorded on the albums by The Killers and Noel Gallagher.
Siren electric string quartet are world-renowned for being the industry leader in delivering high quality, spine-tingling performances all over the globe. And have performed with artists including Beyonce, Jay-Z, Kanye West, Simply Red, P Diddy, Michael Bublé, Adele and Take That.
Read More