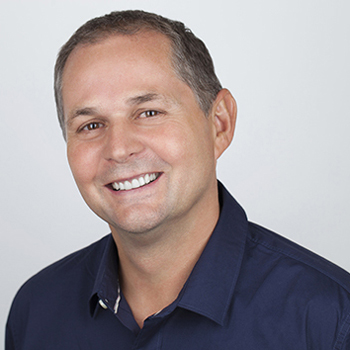 Entrepreneurial flair surfaced early in the young Steve Bolton.  At the age of eight he was following stocks and shares and by the time he was 11 he was gambling his pocket money on horses.  But like many other highly successful entrepreneurs, traditional education failed him and he left school at 16 with no qualifications.  By thirty he had made his first million.
Now one of the UK's most well-respected and successful property investors and business entrepreneurs and is highly regarded as an inspirational keynote speaker.  He owns five very profitable businesses, including a substantial, multi-million pound, income-producing UK portfolio, and has a lead interest in international property projects worth over £50 million.
From being an unqualified teenager, determination to succeed, a love of the outdoors and a natural flair for teaching others led Steve to an apprenticeship in outdoor pursuits. A few years later he set up his first business, Ropes Course Developments, which built all the high and low adventure ropes courses for Center Parcs, First Choice Holidays and the RAF in Europe, as well as courses in 12 other countries.  He then started another business providing management consultancy and development training, servicing clients including the British Lions, Microsoft and KPMG.  Steve had a beautiful home, a great social life and two successful businesses, but then he hit a major bump in the road.
In the economic fallout that followed the 9/11 terrorist attacks in America in 2001, Steve's businesses were all but wiped out, and he was forced to sell his own home to avoid going bankrupt.  He credits that period as being the best worst experience of my life.  In being taken back to virtually nothing, he was shown the power of owning underlying assets.  If he had owned his business premises which, over a seven year period, in a fast-rising property market, would have translated into a substantial asset base, he probably could have ridden out the storm, but his company only rented the buildings.  Steve learnt from this fundamental mistake and made sure he rebuilt his fortune on the solid foundation of property.
Steve has appeared on television, on Sky's 'Property Pensions', 'Head to Head' and 'Property Kings', and featured in the national press including the Financial Times and the Institute of Directors Magazine.  He regularly contributes to other property, franchise and business start up publications, giving expert opinion and comment, and personal interviews.
Away from business, Steve is a keen sportsman. He has played tennis at club level and has also been a semi-professional footballer.  He enjoys fishing and working on his boat in Poole harbour, flying helicopters, and always strives to be a better parent and husband.  Thanks to the financial freedom he has achieved,every year he takes three months off to spend quality time with his wife and family, travelling the world and helping them to get a varied and balanced education.  Steve is also the lead patron of Peace One Day www.peaceoneday.org  dedicated to achieving global ceasefire and non-violence on September 21st every year.
Read More