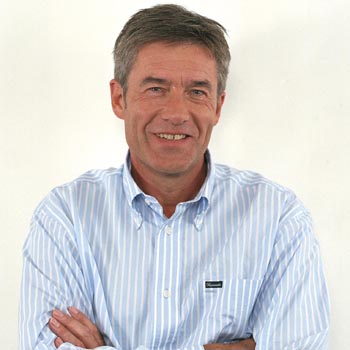 Tiff Needell is one of four presenters for Discovery's motoring programme 5th Gear (previously on Channel 5). His television career started in the mid 1980s at the BBC as part of the motor racing commentary team for Grandstand where he worked alongside Murray Walker.

In the spring of 1987 he became part of the BBC2 Top Gear Team where he stayed until joining Channel 5. In the early 1990s he also hosted live studio coverage of NASCAR and Indycar for Sky.

Tiff started writing track tests and feature stories for Autosport magazine in the early 1980's then Top Gear magazine and went on to write for Autocar magazine.

Before embarking on a television career Tiff could be seen driving Formula One Cars. He started racing in 1971 winning the Premier Grovewood Award in 1976. He turned professional in 1977 and drove for 'Unipart' Formula 3 Team and the Team Ensign in the 1980 Grand Prix. Tiff made his Le Mans 24 Hours debut in 1981.

He achieved third place at Le Mans in 1990 driving a privately entered Porsche 962 and switched to Touring Cars in 1993 and 1994. From 1996 to 2000 he raced for the Newcastle United-sponsored Lister Storm team.

Tiff is in great demand on the corporate circuit, where his skills as a host and hilarious speaker are highly valued.
"The conference went very well and Tiff was very well received."  Tiff was the after dinner speaker at the Valtra Dealer Conference - October 2012
"Tiff was brilliant he went well above and beyond our expectations handing out awards, speaking with suppliers and having photos taken. I've had lots of positive feedback."  ASDA's Store Proposition & Property Awards - September 2012
"a BIG THANKS for your time on Monday, during the Peugeot/Children in Need filming at Thruxton. The whole crew really enjoyed it, and I think the results of the first rough cut speaks volumes ... fantastic stuff."   Tiff filmed a promo in March 2012
"...Tiff was fascinating and one lady was completely overawed by him!"  Tiff spoke for PC World Business's annual supplier conference
Read More