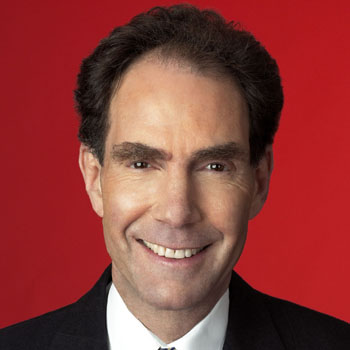 Todd Benjamin is well known to television audiences around the world. For 26 years he worked as an anchor, correspondent, and financial editor for CNN. During that time he was based in Washington DC, New York, Tokyo, and London.
An award winning journalist, Todd has interviewed top international figures from Mikhail Gorbachev to Alan Greenspan. He has also interviewed many of the world's leading CEOs including Jack Welch, Lou Gerstner, and Carlos Ghosn in his CNN series 'Benjamin's Boardroom'.
Todd now devotes much of his time to speaking and moderating at conferences and events for businesses and organisations all over the world.  He combines his wide-ranging international experience and informed opinions with his engaging style which have made him a highly sought-after speaker, moderator and interviewer of key business and political leaders. He has chaired gatherings of several hundred people to more intimate meetings facilitating strategic sessions for executives and is known for his insightful questions and pacing and his ability to get people to really probe the issues. Organisers and participants have said they are impressed with his dynamic approach and the real proof of their satisfaction is that he is regularly invited back to run subsequent events.
Todd always works closely with his clients to ensure that their conferences and meetings will be energising, engaging and informative.
Todd continues to appear on CNN to provide live commentary and analysis. He also writes a blog for CNN's website where he airs his views on the economy, financial markets, energy and other topical issues. Not surprisingly his opinions are valued and he has a very wide following.
Todd is a senior advisor to Xynteo, an international management consultancy whose clients include Gazprom, Wilhelmsen, Deutsche Bank and many others. Todd is also a visiting lecturer in leadership at the London Business School.
"Thank you for steering the ship so capably. I've had great comments about your delivery and confidence and wouldn't hesitate to work with you again."  Event Manager, Seatrade Awards - May 2015
"Todd was again a great factor of making our event into a success. He is very enthusiastic and is very eager to get to know all details of every speaker/presentation. Also he is very accessible person."   Todd moderated a major conference in Amsterdam - April 2013
"With such a diverse customer base during Ricoh's international business forum, it was essential our conference would be relevant and engaging for everyone. Todd Benjamin kept the discussions current and applicable, offering his own insightful views and ensuring attendees could contribute to the event with their own experiences."    Ricoh Europe PLC
“I was most pleased that you accepted the role of moderator for the panel discussions. Thanks to your professional caliber, you enhanced their quality and relevance, while giving them an entertaining touch at the same time. This balance is only rarely achieved, and no wonder that your unique style of moderation attracted the rapt attention and apt responses of panelists and audience.   Director-General, United Nations Industrial Development Organization
Read More