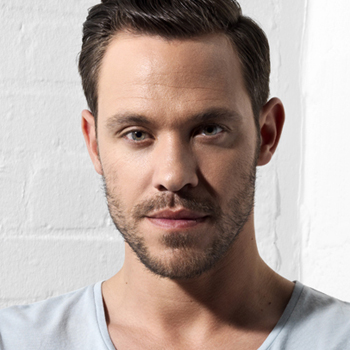 Will Young has spent the last two decades at the forefront of pop after bursting onto the scene in 2002 as the original winner of Pop Idol. His expansive career has culminated in four #1 and two #2 chart topping albums, two BRIT Awards, four UK number one singles and hits including ‘Leave Right Now’ and ‘Jealousy’

Since then Young has performed at many high profile events including the Queen's Jubilee Concert in the grounds of Buckingham Palace. He has performed at the Royal Command Performance where he opened the show singing a James Bond medley and appeared at the Concert for Diana at the Wembley Stadium.
Since 2002, Will has sold in excess of 10 million records, released the all-time fastest selling single for a debut artist and sung with icons including Queen, James Brown, Elton John and Burt Bacharach.
Will has broadened his performance repertoire by launching an acting career, taking a role in the BBC film 'Mrs. Henderson Presents', starring alongside Dame Judi Dench and Bob Hoskins. He played the character Bertie and received excellent reviews, not least for his performance as actor and singer in the movie.
Will is also a best selling author with his current book having been pubished in 2020. In To Be a Gay Man, Will speaks out about gay shame, revealing the impact it had on his own life, how he learned to deal with it, and how he can now truthfully say he is gay and happy. Prior to publishing this he has written 4 biographies, guest edited Attitude Magazine and contributed to The Times, Guardian, Telegraph and Huffington Post.
Will isn't just a musician and singer - he is experienced in hosting corproate events as well as doing after dinner Q&A's and enjoys being honest and talking about his life and the challenges he has overcome.

Will speaks on mindfulness, wellbeing, conflict resolution, anxiety, trauma, the importance of finding your voice and shame. His recent events have included clients as diverse as the BBC and BNP Paribas..

"Can I just say, he spoke candidly, honestly and with a very moving, powerful openness. The feedback has been incredible; many have spoken of what an inspirational start to the day it was. Please pass on our sincere thanks again to Will for his time and for the insight and wisdom he shared with those there."