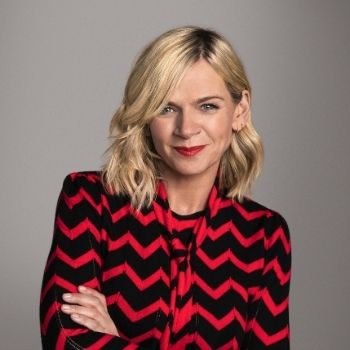 The daughter of children's TV presenter Johnny Ball, Zoë was educated at a convent school in Buckinghamshire. She began her television career as a runner at Granada Television and researcher on BSkyB.

Between 1996 and 1998 she was a regular presenter on Top of the Pops usually alternating with fellow presenters and DJs Jayne Middlemiss and Jo Whiley.

In 1999 she made history by becoming the first ever female DJ to present Radio 1's Weekday Breakfast show.

On ITV1, Zoe co-hosted the wildlife series “Extinct” with Trevor MacDonald, presented the second series of “Soapstar Superstar” for the same channel and went onto present ITV1’s nationwide search for a ‘Sandy’ and ‘Danny’ in “Grease Is The Word”.Zoë filmed an 8 part series of Britains Best Brain alongside Jamie Theakston which was aired on Channel 5.

Zoe can currently be heard on Radio 2 during Weekdays hosting the Breakfast show -appealing to a huge and varied audience. She is an excellent choice to facilitate or host any event as she is high profile, charismatic and truly engaging.