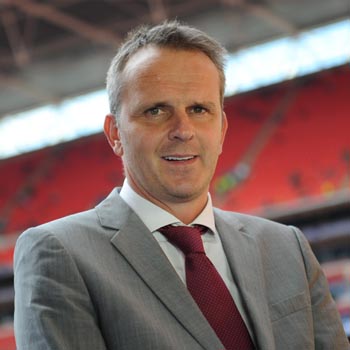 Legendary Liverpool player Dietmar Hamann was born in Germany and embarked on his career as a player and football speaker at German club Bayern Munich aged just sixteen.
Now retired Hamann has been a sports speaker and manager for British team Stockport County.
Building a reputation as a consistent and reliable football speaker and team player Dietmar has played for a number of British teams including Newcastle United, Liverpool, Manchester City and Milton Keynes Dons and is known for his skills as a defensive midfielder.
After almost ten years at Bayern, Dietmar moved to Newcastle United in 1998 following a successful but largely second-team and substitute career with the German club. Once in the UK Hamann showcased his impressive skills as both a player and football speaker; he went on to represent Newcastle in the 1999 FA Cup Final and, later that year, moved to Gerard Houllier‘s Liverpool side where he spent the next seven years.
Dietmar played for Liverpool in almost two hundred league games, scoring eight goals in the process. He was also part of the highly successful Liverpool side that won the treble (League Cup, FA Cup and UEFA Cup) in the 2000 / 2001 season.
Despite leaving the Reds in 2006 Dietmar Hamann remains a popular football speaker for the club, During his residency he would frequently appear as a guest after dinner speaker and at club celebrations and he enamoured himself to fans around the world.
As well as boasting domestic success Dietmar Hamann was also part of the German national team, joining in 1997 and remaining a vital part of the team until he left in 2006. Whilst playing for Germany Hamann appeared in the 1998 and 2002 World Cups as well as Euro 2000.
Dietmar Hamann continues to work as an after dinner speaker for the German national side and is a popular football speaker at events across both the UK and Germany.  He has the honour of being the last person to score a goal at the old Wembley Stadium before its demolition, Playing in a qualifying match against England, for the 2002 World Cup.
Before retiring Dietmar Hamann spent a short period at Milton Keynes where he took his first steps toward becoming a coach and sports speaker. He left the club in February 2011 to become the First Team coach at Leicester City. Later on in the same year he was appointed manager at Stockport County.
Read More