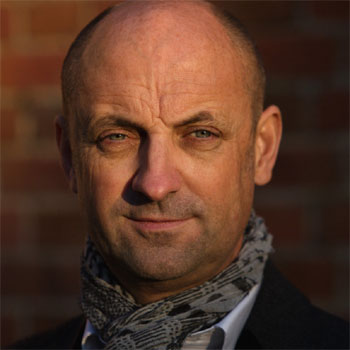 Garry Herbert is one of those characters who refuses to give up whatever the odds. Sheer hard work and dedication have driven him to many highly successful careers. He is a barrister, an Olympic Gold medal winner and a doyen of BBC Sports commentators.

Perhaps best known as the cox of the Searle brothers who at the 1992 Olympic Games in Barcelona achieved a performance of a lifetime and the medal ceremony that followed "tears and more tears" will forever be remembered as one of the most endearing moments of Olympic history. But that is not who he is today, the story of that time, while an important chapter, does not define him, unlike so many other sports men and women!

The journey didn’t end there; it was merely one piece of an incredible jigsaw that included 14 years at one of the world’s most prestigious and revered financial institutions, Goldman Sachs. His career as a successful barrister culminated with him establishing one of the leading sets of chambers in London.

But Garry has not strayed too far from his sporting roots, he is currently BBC Sports lead rowing commentator – Tokyo 2020 will be Garry’s 6thOlympic Games in that seat.

The late, and highly revered, sports journalist and Olympic Champion, Chris Brasher, once said: “There cannot be any commentator in the world with more passion.”

In his corporate speeches Garry illustrates the five significant times when he made a call that was to have a crucial impact on the direction of his life (both on and off the water) and how each one built on previous experiences to produce an extraordinary timeline. He talks on Leadership, Diversity and Resilience amongst other powerful topics.

From Golden Pond to Goldman Sachs, Garry has amassed a wealth of knowledge, leadership skills and experiences (of the good, the bad and the downright terrible – you will be both amazed and shocked), from building and leading diverse teams to understanding risk management and the importance of the playing the long game. And throughout it all never compromising his own set of principles.

The next stop on the timeline: The Ministry of Sound.  Garry’s next challenge – working towards performing on stage at one of the world’s leading music venues, he just needs to find the right DJ name!

Awarded an MBE for services to rowing, Garry is at the heart of British rowing from where he has enjoyed an exclusive insight into the success of the whole of British rowing and the Olympic Games. He uses all these unique experiences (including behind the scenes of BBC Sport), to make himself a successful and incisive motivational keynote speaker.

"Your presentation and DVDs were informative and highly entertaining and your natural delivery ensured that everyone enjoyed it immensely...to keep such a large group of people enthralled was a true reflection of your Olympic persona."