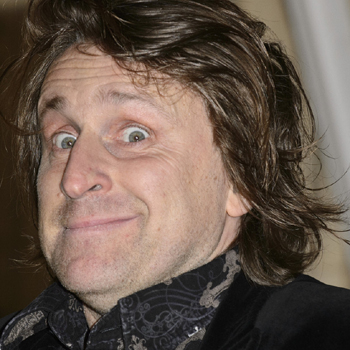 Milton is a regular on Mock the Week, and has also appeared on Live at the Apollo, while  his Lion Whisperer tour played to over 100,000 people. Other TV credits include Lee Mack's Allstar Cast, Michael Mcintyre's Roadshow and Dave's One Night Stand.
He was Chortle Headliner of the Year 2011 and is a previous Perrier Best Newcomer and Nominee, Sony Award winner and British Comedy Award nominee. His sitcom pilot The House of Rooms written with Dan Evans went out on Channel Four in January 2012.
His Sony Award-winning show The Very World of Milton Jones (BBC Radio 4) enjoyed three successful series and was also nominated for a British Comedy Award for Best Radio Series.
His first novel 'Where Do Comedians Go When They Die?' came out in 2010.
Renowned for his puns, his brand of hilarious, yet totally inoffensive humour, makes Milton a popular choice for corporate events.
"Milton was absolutely brilliant on Friday¦.he was the best ever! The whole audience was in fits of laughter and I have not belly laughed like that for a long time. I don't know how he does it - one hit after another! I would say at least half his audience got up and shook his hand afterwards.
He was a huge success and what a nice fella he is. If he is still doing this next year we will almost certainly book him although, with his talent, I am sure he will be moving onto bigger and better things!"
Milton Jones entertained at Hurleypalmerflett's Client Lunch, December 2010
Read More