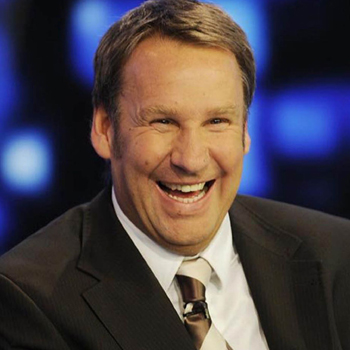 Paul Charles Merson is a retired English football player, and former player-manager of Walsall. His playing career has included spells at Arsenal, Middlesbrough, Aston Villa and Portsmouth. He also played for England 21 times. He was a skilful forward who later in his career dropped more into the midfield.

Born in London, Paul Merson started his career at Arsenal, joining the club as an apprentice in 1984. After a loan spell at Brentford, he made his debut for the Gunners on November 22, 1986 against Manchester City, and gradually established himself in George Graham's successful Arsenal side of the late 1980s.
By the 1988-89 season he was a regular on the right wing, at the end of which Arsenal secured the First Division title with a last gasp Michael Thomas goal in the final game against Liverpool. Merson scored ten times that season, made his debut for the England U21 side, and was voted PFA Young Player of the Year.

With Merson, Arsenal bagged another league championship in 1991, both the FA Cup and League Cup in 1993 (Merson scoring the first goal of the League Cup final), and the Cup Winners' Cup in 1994. He also made his debut for the full England side, in a friendly against Germany on September 11, 1991.

Paul Merson's career was put on the line in November 1994 when he admitted to being an alcoholic and cocaine addict. The Football Association arranged for Merson to undergo a three-month rehabilitation programme and he returned to the side in February 1995, just before the dismissal of George Graham as manager. Under caretaker manager Stewart Houston, Merson helped Arsenal reach the Cup Winners' Cup final for the second season in a row - but they lost to Real Zaragoza, after Nayim scored a last minute goal from the half way line.

In 1995-96, Paul Merson remained a regular first team player under Arsenal's new manager Bruce Rioch and continued to play regularly in 1996-97 following the appointment of ArsÃ¨ne Wenger. In a somewhat surprising move, at the end of the 1996-97 Premiership campaign, in which Arsenal finished third, Merson was sold to relegated Middlesbrough in a £5 million deal - making him the most expensive player ever signed by a non-Premiership club. In all Merson played 425 times for Arsenal, scoring 99 goals.

Paul Merson was a key player for Middlesbrough's promotion success as Division One runners-up in 1997-98. Merson also held the distinction of being the only player in England's 1998 World Cup squad not to play for a top flight club. In that tournament, he played in England's famous second round match against Argentina, scoring in the penalty shootout, although England eventually lost.

In the autumn of 1998, Paul Merson was sold to Aston Villa for £6.75 million. He quickly established himself as a fans favourite due to his creative, flamboyant brand of football. He remained on the club's payroll for nearly five years, helping them reach the 2000 FA Cup final, before he was finally given a free transfer at the end of the 2001-02 season. Merson signed for Division One club Portsmouth, and was instrumental in the club's promotion to the Premiership in 2002-03.