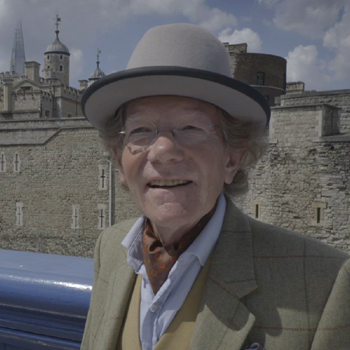 Maxwell Hutchinson was President of the Royal Institute of British Architects from 1989 to 1991. He is a practicing architect and regular radio and television broadcaster and has contributed to BBC Radio 4, BBC Breakfast News and Newsnight.

Maxwell was runner-up for the BT Regional News Presenter of the Year Award and has been nominated for two Royal Television Society Awards. He won a Sony Award for ‘Best Specialist Contributor’ for his contribution to BBC Radio London 94.9FM.

He has presented a number of distinguished architectural programmes for BBC, Channel 4 and The Discovery Channel. Maxwell wrote and presented the Channel 4 series "No 57, The History of A House" covering the social history of a Georgian House over a 200-year span up to and including the present day. Other broadcasting credits include BBC Restoration Nation and BBC Songs of Praise. He also wrote and presented the historical documentary on Eleanor of Castile (1290) for Channel 5, he was the Presenter of the BBC 2 series How To Rescue a House, and presents various programmes for Inside Out on BBC 1, Sky Television and NBC News. His book ‘The Prince of Wales Right or Wrong – An Architect Replies’ was a best-seller.

Maxwell was a member of the Board of Trustees of The University of London and the founder and President of Article 25” (formerly Architects for Aid) a charity he set up in 2003.

He has been running his own successful architectural practice in Central London for over 40 years. His better-known buildings include Skylines at Canary Wharf, JS Pathology’s Headquarters at Camden Lock and Aztec Row in Islington. For ten years he was Chairman of the Permarock Group of Building Product Manufacturing Companies of which he was a founder.

In between his busy broadcasting schedule, he is developing a number of historical projects for both television and publishing. He is thoroughly enjoying writing his first fictional novel The Apprentice of New Nazarus”.

He continues to host corporate events and has also chaired three series of lectures at The Royal Academy of London, The Architects Who Made London with Maxwell Hutchinson”.

Apart from his work, Maxwell enjoys composing music. He has composed three stage musicals and written a requiem mass. He also enjoys playing the piano and the guitar and he is a Distinctive Deacon in the Church of England.