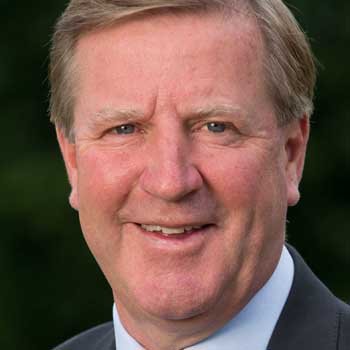 Dublin born Ronnie is a former Irish association football midfielder, and sometimes defender, who was an integral part of the dominant Liverpool side of the 1980s. He was at the club from 1979 until 1994. In 100 Players Who Shook The Kop, a poll of 110,000 Liverpool fans conducted by the official Liverpool Football Club web-site,  Ronnie Whelan came 30th.
Ronnie Whelan finished his career at Southend United, where he was also player-manager. He has also managed in Greece and Cyprus, with Panionios, Olympiakos Nicosia and Apollon Limassol.
He played for the Republic of Ireland national football team at one UEFA European Football Championship (1988) and two World Cups (1990 and 1994), turning out a total of 53 times for the national side between 1981 and 1995.
Since retirement he has had a successful media career.  He is a regular contributor to RTÉ Sport in Ireland and is a popular after dinner speaker.
Read More