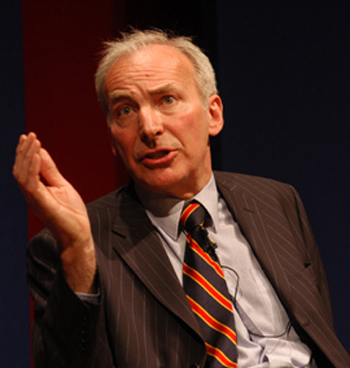 Author, broadcaster, journalist and lecturer, Anthony Hilton joined Fleet Street in 1968 as a trainee journalist on The Guardian.

He has worked for The Observer, The Daily Mail and The Sunday Express, was for five years Editor of Accountancy Age and has served in New York where for three years he was Business Correspondent for the London Sunday Times. He returned to Britain in 1981 to become City Editor of The Times.

He was seen regularly on television, filling the commentator's slot on Channel 4's "TV Business programme" for three years, and appearing as the expert panelist on "The Stocks and Shares Show". He is also heard frequently on radio.

In addition, he has written two acclaimed books:

"How to communicate financial information to employees" and "City within a state" - A study of how the city of London really works.

He has an MA (Hons) in Economics from the University of Aberdeen, lives in Suffolk, and has four children. He is a former parachutist but now less strenuously cruises on England's canals.

He has been a weekly columnist on Marketing, Investor relations, pensions and economics and is in great demand to speak at conferences and on the after dinner circuit.

"I would like to take this opportunity to thank you for contributing to an enormously successful Credit Summit 2014 and for the first time, Insolvency & Restructuring Conference and Insolvency Expo. The day attracted a record audience ... the largest daytime credit and insolvency gathering in the UK. A job well done to you for contributing to a well-balanced and excellent day that will continue to be talked about for months to come."   Anthony was a speaker on the Economy at the Credit Summit organised by Athene Publishing

"...just wanted to send you a quick thank you for...the time and effort you put in to yesterday's conference...you really helped to set the conference up for a great day. Feedback from the day has so far been really positive and we were delighted with the way it went."  National Housing Federation