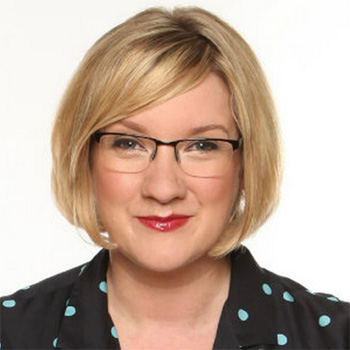 Sarah was something of a late starter in the world of stand up.   She hadn't even been to a comedy club till she was 29, and that happened to be when she performed her first gig.
Her debut Edinburgh Festival Fringe with 'Sarah Millican's Not Nice', based around her divorce, won the if.comedy award for Best Newcomer in 2008.
In spring 2009 her second Edinburgh show attracted enthusiastic reviews for her material on the differences between men and women.
Sarah Millican has appeared as a panellist on 8 out of 10 Cats, Have I Got News For You, Mock The Week, You Have Been Watching and as a performer at The Secret Policeman's Ball 2008 and 4 Stands Up.

In 2009 she was featured in Manchester in Michael McIntyre's Comedy Roadshow, and made an appearance on the third episode of David Mitchell's panel show, The Bubble in March 2010.

She provided vocal work to the BBC's natural history footage for Walk on the Wild Side and appeared on Live At The Apollo in December 2009.
Her radio series, Sarah Millican's Support Group, went on air on BBC Radio 4 in 2010.  Members of the studio audience are encouraged to share problems with Sarah's agony aunt character who offers tips 'in the same way as the busybody at the end of your street who knows everything and dishes out advice whether you want to hear it or not does.'
Sarah Millican grew up in South Shields, in north east England and her regional accent, very much a trademark of her live performance, is part of her quirky style.
Read More