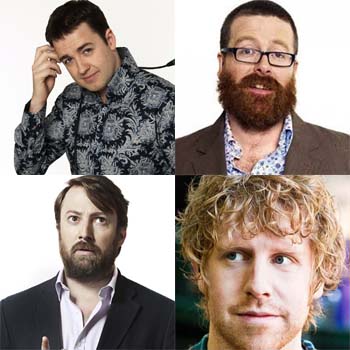 As always November is the big month for awards. Frankie Boyle, David Mitchell, Jason Manford and Josh Widdcombe were just a few of the big names out hosting awards events.

Simon Evans hosted the EVCOM Awards where we were delighted to win Speaker Agency of the Year, Richard Herring spoke at three awards events, and Sally Nugent was joined by magician Tom London to host the first Hospitality Social Media Awards.

Awards apart, Madness and All Saints performed at a private event for a client and Jon Culshaw spoke at the IoD Annual Dinner.